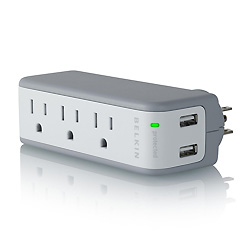 I find myself on the road again with another example of something you don’t really want to hear when you’re boarding an aircraft:

From a pilot clearly hurrying out of the plane: “Excuse me, I need to make sure this thing will fly.”

After my previous post of things you don’t want to hear on an airplane a couple people posted good comments, but I think this one is my favorite:

Work has me traveling more than usual right now and I’ve been spending quite a bit of time on a airplane. The following are some things I’ve heard on recent flights that didn’t exactly fill me with confidence:

Overheard between two flight attendants while boarding: “Well, so much for an on-time departure.”

Over the intercom before takeoff: “We’re going to have to ask everyone to close the shades on your windows to help keep it from getting too hot. We’re going to be without air conditioning for a while.”

A mother in the seat in front of me talking to her young child: “Does your tummy feel better since you had that pizza?”

I’m getting ready to travel for business next week. Since I haven’t flown in about a year I figured I’d check the TSA website to see what I can and can’t carry on.

Well, the list is more detailed than I would have expected. It seems if I want to carry-on toothpaste it still needs to be in a 3 oz or less container, but at least I can carry on my Optimus Prime!

Thank goodness. I hate to think of the little guy shivering in the cargo hold.

So how well does profiling work for airport security? Donald Burleson tells of a recent run-in with one of the TSA’s under qualified personnel:

I had just passed through the metal detector and the agent stopped me asking about the bulge in my crotch.

“Um, that would be my penis”

Upon reflection, she may have been talking about my wallet, but the damage was already done. The TSA agent made me pass through the metal detector THREE TIMES until the alarm sounded, and I knew that were going to inspect my manhood. But it’s not just sexy men who are targeted.

And he’s right. It’s not just sexy men like Donald who are unnecessarily hassled by these sadistic morons. My sister Carla reports from recent experience on the ineffective profiling methods employed by airport security:

By security logic, clearly if you’re a scruffy, thuggish, ruffian-looking guy, you’re going to get your clean-cut looking girlfriend to carry all your Bad Things.

Of course, having now observed this, I recommend that actual scruffy, thuggish, ruffians carry their own Bad Things so innocent girlfriends of innocent scruffy guys can be left alone.

Could it be this easy to defeat the profiling methods of the TSA? Sure. Talk to anyone who travels often. They’ll tell you how to avoid being screened.

I’m not sure what the solution is here, but we simply must do better.