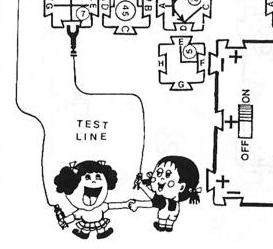 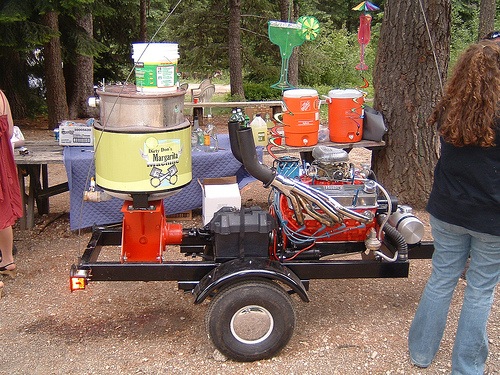 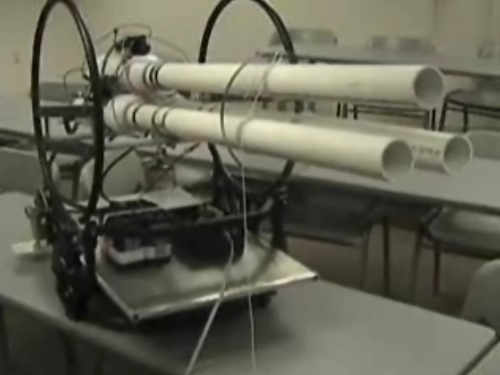 While I have written about the Bar Monkey I helped Alan build this winter it’s time to give a better overview of how the whole system works. This is not intended as a how-to but may be of help to folks who are looking to make their own Bar Monkey.

The Bar Monkey is a device for automatically mixing drinks. The concept comes from BarMonkey.net where you can see several other versions of bar monkeys. Almost all of Alan’s Bar Monkey, including the software, was designed by Alan.

The brains of the system is the Bar Monkey software. Alan wrote this custom Java application which, on startup, reads a text file with a list of drinks and ingredients.

The application has four screens for setup and controlling the Bar Monkey. The first and most important one is the “Pour Drinks” screen where just a single click can pour a complicated drink with up to sixteen ingredients. While the drinks are of different sizes any of them will fit into a standard pint glass with room for some ice. If you’re not sure if you’ll like a drink you can view the ingredients on screen or even use the “Taste Test” option which will pour a small drink, one quarter the size of the normal one, with exactly the same proportions.

The second screen will pour a 1.5 oz shot of any of the ingredients in the Bar Monkey. If your favorite drink is not in our list you can use the “Create Custom Drinks” screen to enter the amount of each ingredient for your drink. You can then pour the drink, or pour a “Taste Test” to try it and adjust ingredients if necessary.

The final screen is the “Priming/Cleaning” screen which allows you to control individual ingredients to clear air from the lines, backflow to empty the lines, or run a cleaner through.

Alan is continually updating the software and future features include drink pictures and the ability to save custom drinks. If you’re interested in the software you can contact me and I will pass your requests on to Alan.

Inside the Bar Monkey

The software runs on a Windows PC which has been mounted in the Bar Monkey without a case. The PC controls a set of serial relays built from a kit. The kits can be purchased from ElectronicKits.com.

The serial relay kit is used to control a series of 16 refrigerator water valves which run on 120 volt AC. These control the flow of each liquor to the tap. Since everything is live 120 volt Alan put together a Plexiglas shield to reduce the risk of electrocution.

The valves provide flow control but, just like in a refrigerator, something else needs to provide pressure. In Alan’s Bar Monkey the pressure comes from a five pound tank of CO2. The variable regulator on the tank regulates the pressure down to only 5 PSI and the valve coming off of the regulator provides easy shut off and converts the thread of the regulator to 1/4-inch outer diameter polyethylene tube. This tubing is the standard for hooking up water to a refrigerator and is available along with a wide variety of splitters, valves, and couplers at home improvement stores.

If you’re considering building your own Bar Monkey I suggest starting with the pressure system. Finding a size and style of tank that fits right and can be refilled locally, then matching it up with a regulator and converters proved to be quite a challenge. Pay special attention to the thread (right-hand or left-hand) of all connections to make sure it will go together in the end.

In order to pressurize all 16 bottles the pressure line must be split. While I’m sure there is a more elegant way to handle this, we used T-splitters to make one end into two. It took quite a few splitters but they do not seem to leak. We also added valves to be able to shut off each side independently for easy refills. All the splitters and valves are a quick-connect type which allows the tubing to be removed easily to clean and reroute tubing.

We chose to use two liter soda bottles to hold all the liquors. Two liter bottles are surprisingly strong, cheap, common, and all have a standard cap. The bottles, caps and lines are all marked with painter’s tape to assure the right bottle goes on the right line.

The caps, which we thought would be easy, turned out to be the biggest challenge of the project. The caps, and the tubes which are glued into them, are made of polyethylene. The molecular bond of polyethylene is so strong it is almost impossible to glue. After several failed attempts with hot glue, cyanoacrylate, silicone and epoxy we finally landed on a solution.

This may sound a bit extreme, but in order to glue polyethylene you must “flash” it first… with a propane torch! By just touching the polyethylene with the blue inner flame of a torch it changes the molecular bond (this is a chemical change, not melting) in a way that it will take glue. We actually found this tip in an Old Town kayak repair manual.

The first step to making the caps was to drill two 1/4 inch holes in the cap. The plastic insert usually falls out at this point, but its absence doesn’t seem to hurt anything. You can then insert the tube through the cap. The tube going to the tap should be long enough to nearly reach the bottom, the other just needs to go through far enough to be solid.

Next we flashed the tubing and caps and wrapped a piece of painter’s tape around it to form a cup for the epoxy. At this point we put the cap on a half full bottle to keep it upright and poured enough epoxy to get a good thick layer. We used 30 minute epoxy but faster epoxy would probably work as well. Once the epoxy had a couple hours to set up the caps were ready to go.

The line which runs to the bottom of the bottle is run up to the valve array. Here wire ties and coaxial cable tack-downs were useful to keep things organized. As seen above, the valves were mounted on three boards to make them easier to install.

The tube coming out of each valve runs all the way to the output of the tap. That is why you can see separate colors on some of the pictures. The tap itself is half of a standard sink trap. Running all 16 tubes around the bend of the tap takes a little fidgeting but is possible.

The housing of the Bar Monkey was an inexpensive computer cabinet from a popular box store. A hole was drilled in the top for the tap and plywood was used as a substitute for the cardboard backing that came with it. The handles were also replaced to dress it up a bit.

Alan, and those of us who helped him, learned a lot on this project. The whole thing took probably around 200 man hours to complete. We have not calculated the total cost, but if you were looking to build one of these yourself you should expect to be into it for up to $1,500 or possibly more depending on how much you can scrounge. I also wouldn’t recommend this as a project for anyone who is not comfortable working with household current.