Tired of your significant other bothering you when you’re working (or playing) at your laptop? You need one of these: 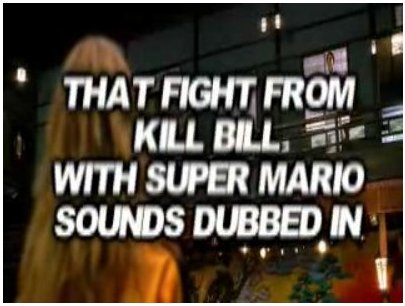 OK, so this person has:

Check out this video from GorillaMask.net and choose for yourself. My vote is for e) all of the above.

Thanks to Tom for passing this one on.

Low Chicago is a split-pot variation on Seven Card Stud. I have Max Levine to thank for introducing me to this, as well as it’s variations.

The split pot is good with a lot of players as it provides the chance for two players to win and split the pot.

How to play: Each player antes. The dealer deals two cards down and one up to each player. There is then a betting round starting with the player with the highest face up card.

The dealer deals three more face up cards and one more face down to each player with a betting round between each deal. Betting always begins with the highest face up hand.

After the final round of betting players make their best five card hand out of their seven cards. Each player reveals their hand and any low spade they had face down. Players do not need to use the spade in their hand in order to win low spade.

Hints: Keep an eye on what cards you see face up. If the two of spades appears face up, the three is the lowest card a player could have face down. Don’t forget to check those face down cards!

This is a variation of seven card stud. It adds a wild card or two, but be careful, one of the wilds can change!

The deal and betting are exactly like seven card stud. Two cards down to each player then on card up. Any time a queen is dealt face up, the next face up card is wild and should be placed above the players hand to imply it is wild. Queens are always wild.

After the initial deal there is a betting round starting with the player with the highest card, and then three more rounds of face up cards and one face down with a betting round after each. Each time a queen appears, any old wild card is no longer wild, only queens and the following face up card is wild.

Hint: Don’t count your chickens ’till they’ve hatched. Queens are safe, but the other wild can change as long as there are more face up cards to be dealt.

I thought I would explain the rules to 7 card stud as it is the basis for many other games (e.g. Baseball.)

Each player antes. The dealer deals two cards face down and one card face up to each player. Players can now look at their face-down (hole) cards. There is a round of betting starting with the player with the highest face up card. Players can fold during any of the betting rounds if they choose not to bet.

The dealer deals one card face up to each player. There is now another round of betting starting with the player with the highest hand made with their face up cards.

Repeat two more rounds of dealing one face up card then betting. One final card is dealt face down to each player and there is a final round of betting starting again with the highest face up hand.

After the final round of betting players should make their best five card hand out of their seven cards. Each player reveals their hand and the player with the best poker hand wins the pot.

Variation: Five card stud is played with the same rules, but after the initial two up, one down deal there is one more card dealt face up and one face down. There is a final bet and then the reveal. In 5 card stud players use all their cards.